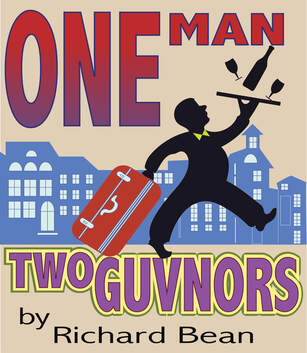 When the dimwitted Francis Henshall becomes separately employed by two men – Roscoe Crabbe, a gangster, and Stanley Stubbers, an upper class twit, comedy is sure to ensue!   Francis tries to keep the two from meeting, in order to avoid each of them learning that Francis is also working for someone else. Complicating events, Roscoe is really Rachel Crabbe in disguise, her twin brother Roscoe having been killed by her boyfriend, who is none other than Stanley. Complicating events still further is local mobster Charlie the Duck, who has arranged his daughter Pauline's engagement to Roscoe despite her preference for over-the-top amateur actor Alan Dangle. 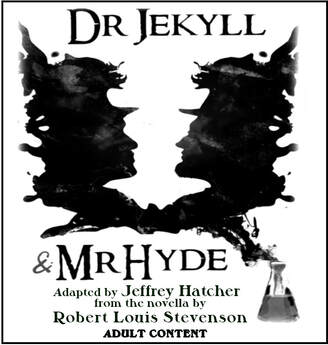 A new and shocking version of Robert Louis Stevenson's classic tale of depravity, lust, love and horror. On the fog-bound streets of Victorian-era London, Henry Jekyll's experiments with exotic "powders and tinctures" have brought forth his other self—Edward Hyde, a sensualist and villain free to commit the sins Jekyll is too civilized to comprehend. When Hyde meets a woman who stirs his interest, Jekyll fears for her life and decides to end his experiments. But Hyde has other ideas, and so the two sides battle each other in a deadly game of cat-and-mouse to determine who shall be the master and who his slave. 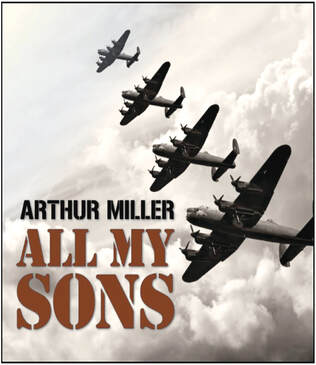 ​All My Sons
​by Arthur Miller
​Directed by Michelle Grotness

Joe Keller, a successful businessman, lives comfortably with his wife, Kate, and son, Chris, in a suburban American neighborhood.  They have only one sadness in their lives – the loss of their other son, Larry, who went missing in World War II.  Chris is eager to bury the past as he begins to court his brother's fiance, Ann.  However, when we learn that Ann's father is in prison, framed by his former business partner, Joe; the family learns that the sins of the past cannot be forgotten 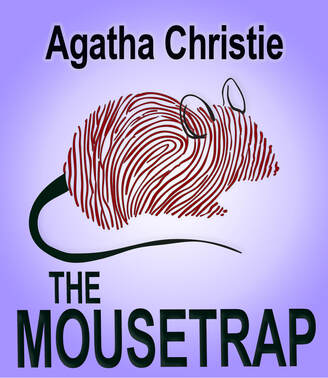 A horrible blizzard strands seven strangers at Monkswell Manor and a murderer is on the loose! When a police sergeant unexpectedly arrives, worried that a murderer-at-large is among the guests of the Manor, tensions and fears rise. Before he can investigate, one of the guests is killed, starting an investigation into the lives and histories of everyone there. One of them is the killer, and another one of them may be next. Will the police be able to solve the case before another “mouse” falls? The world’s longest continuously running play for over 60 years, The Mousetrap continues to delight and intrigue mystery lovers of all ages.

Christopher, fifteen years old, stands beside Mrs Shears’ dead dog. It has been speared with a garden fork, it is seven minutes after midnight and Christopher is under suspicion. He records each fact in the book he is writing to solve the mystery of who murdered Wellington. He has an extraordinary brain, exceptional at math while ill-equipped to interpret everyday life. He has never ventured alone beyond the end of his road, he detests being touched and he distrusts strangers. But his detective work, forbidden by his father, takes him on a frightening journey that upturns his world.

Neil Simon’s “love letter” to his early career as a TV writer alongside the likes of comedy legends Sid Caesar, Carl Reiner and Mel Brooks.

Lucas Brickman is a new writer for "The Max Prince Show", a weekly comedy variety show circa 1953.  Not only is Lucas surrounded by some of the funniest men (and one woman) in show business, but his boss, the larger than life Max Prince, has declared war with the NBC executives who fear the show's humor is too sophisticated for Middle America and doesn't belong in Joseph McCarthy's America.

Call the Box Office to Get Your Season Tickets Today!